KINIGUIDE | The track alignment for the Kuala Lumpur-Singapore High-Speed Rail (HSR) project is now available for public scrutiny, but accessing the information remains a challenge.

The track alignment is not available online nor published in newspapers. Instead, it can only be accessed at the Land Public Transport Commission (Spad) headquarters or relevant local government offices.

Naturally, site visits by Malaysiakini revealed that some communities located along the present alignment are completely oblivious of the matter.

Better informed residents from these communities have been embarking on a campaign to stop their homes, neighbourhoods and land from being acquired.

The only way to study the map is through operating the dedicated computers available at the HSR public inspection booths.

A cursory study by Malaysiakini suggested that at least nine residential areas in Kuala Lumpur, Selangor, Negeri Sembilan and Malacca are in the way of the present alignment. 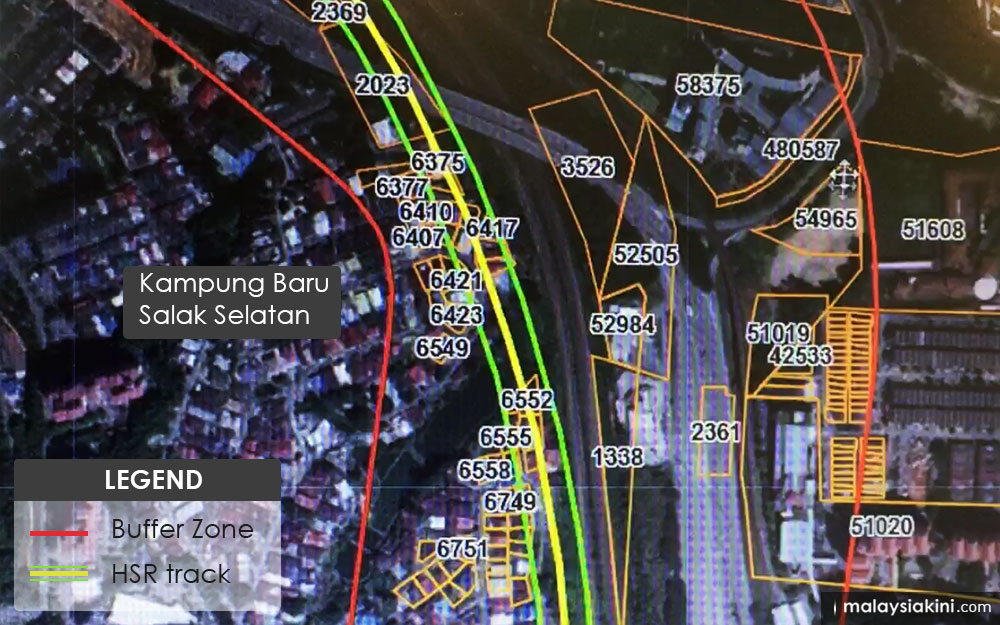 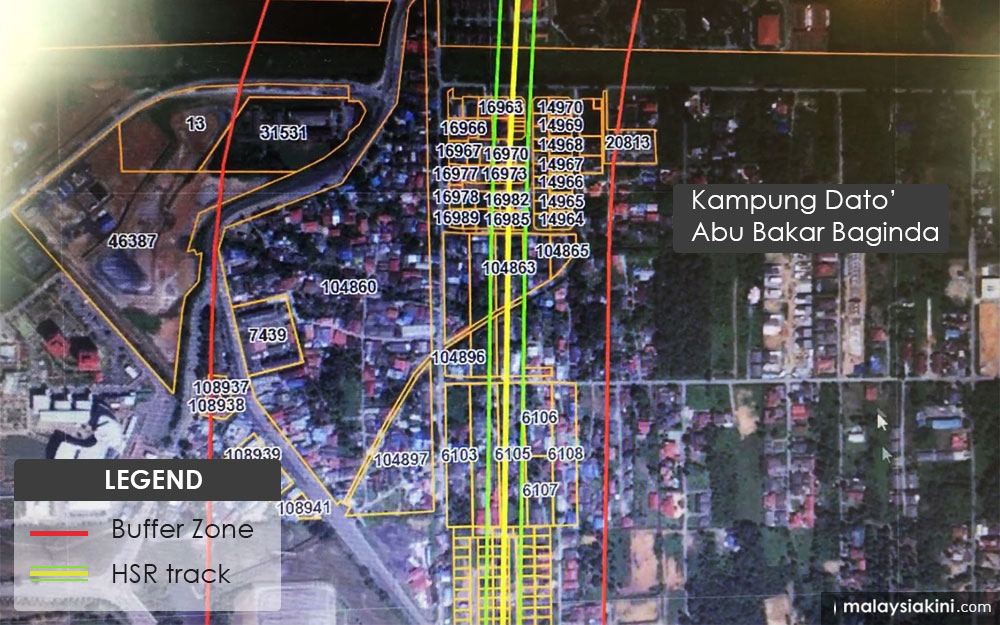 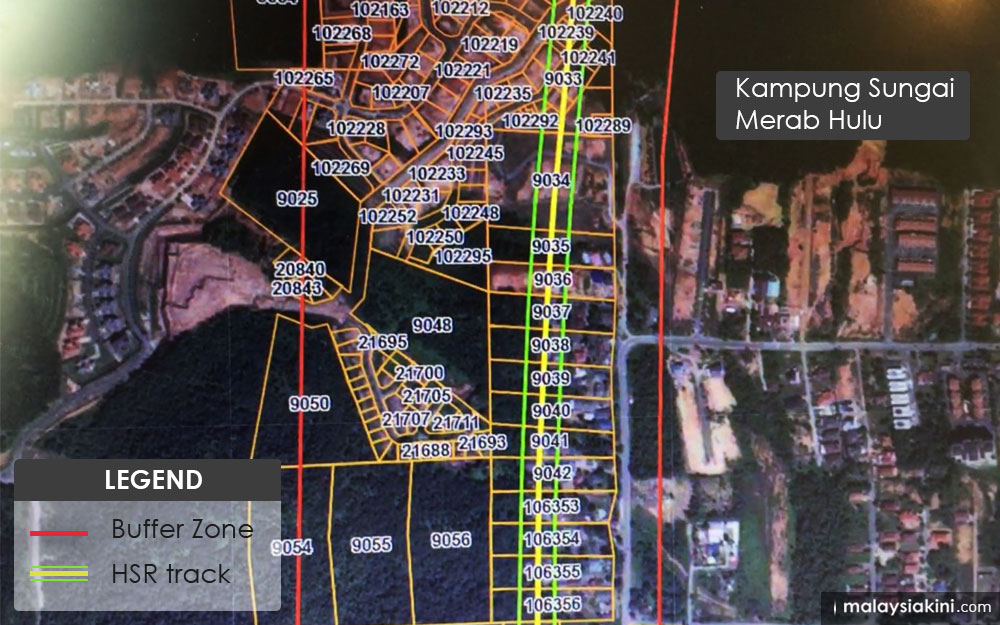 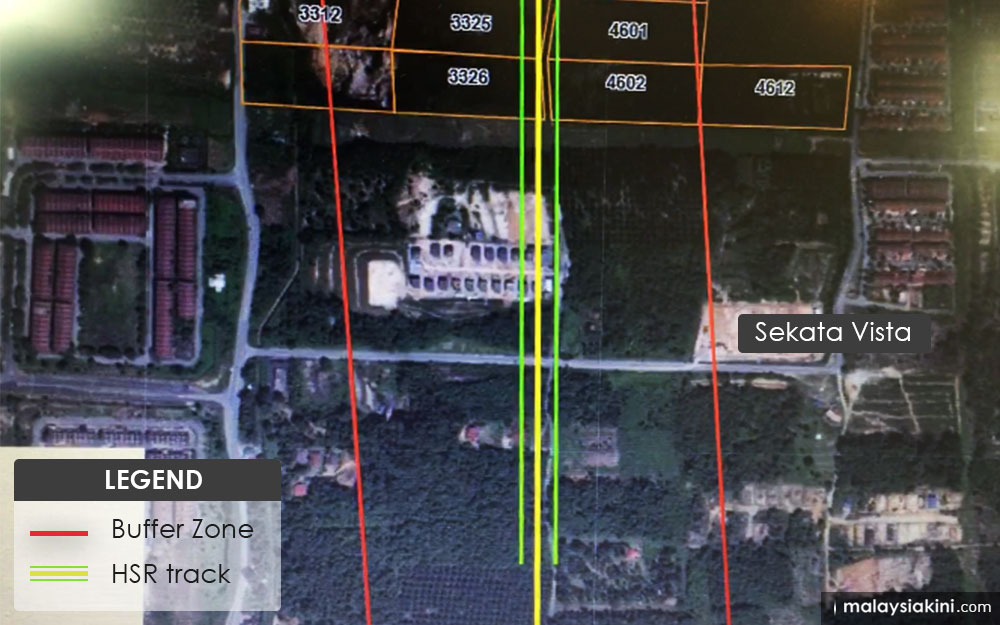 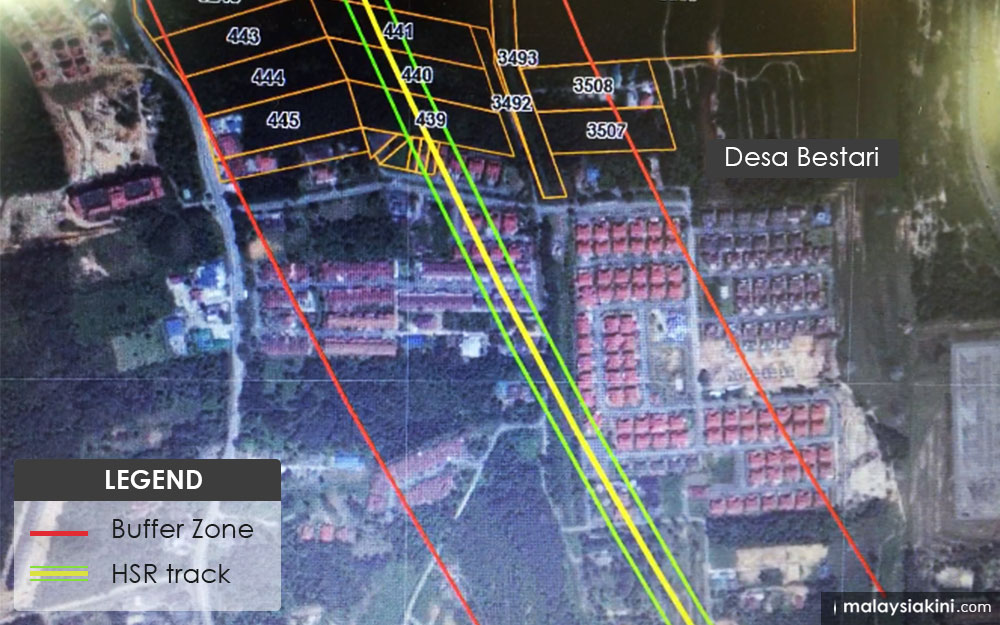 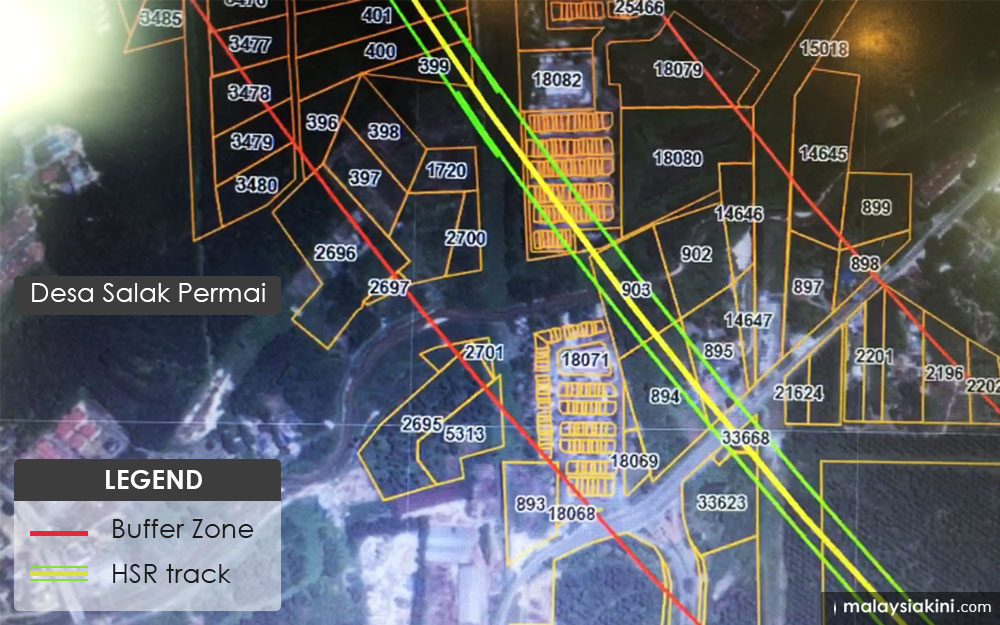 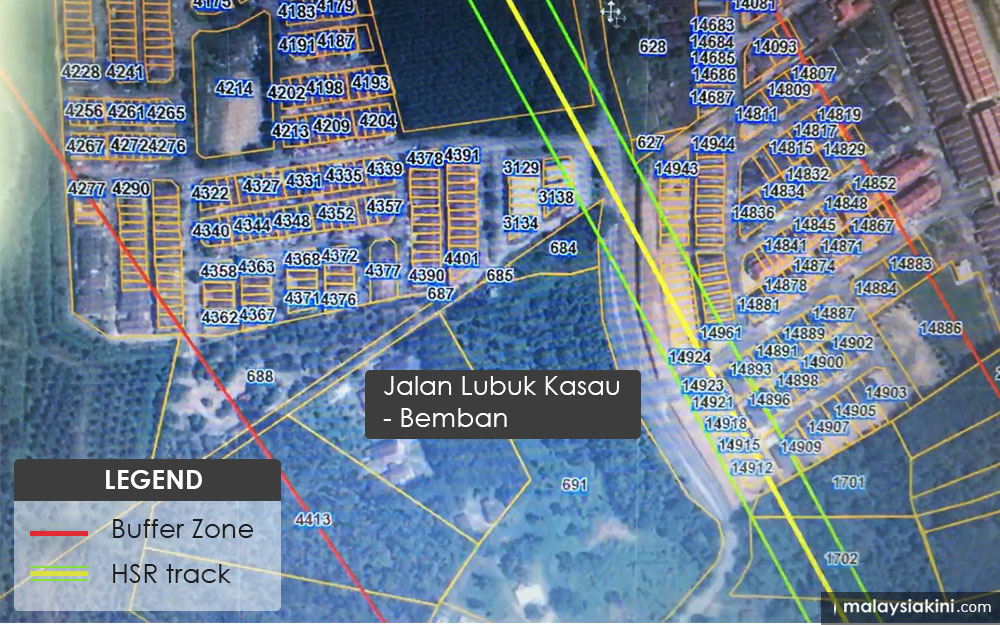 Is the acquisition of affected properties avoidable?

Some parts of the track will run underground, while the overground tracks and most of the stations will be located in unpopulated areas.

The corporation previously explained that the track needs to be constructed as straight as possible to allow it to ferry passengers from the capital to Singapore in just 90 minutes, at 320km per hour.

MyHSR Corp CEO Mohd Nur Ismal Mohamed Kamal said efforts were made to reduce social impact, but the acquisition of some property was “unavoidable.”

“MyHSR has identified the number of affected homes and buildings during the planning stage in order to identify the optimum alignment while reducing the overall social impact,” he told Malaysiakini.

Malaysiakini observed that aside from the locations listed above, most of the track has been planned away from populated areas, which will reduce its social impact.

What if the HSR runs underneath my property?

Tentatively, the only underground section is the 8km stretch between Salak Selatan and Serdang.

For such properties, they may be acquired, but they will not necessarily be demolished, as the government will divide the land title into strata components.

“It is not always necessary in railway projects to acquire this land as it depends on the depth of the rail alignment and the construction techniques employed.

“However, where it is necessary, the landowner will be given the option of entering into a mutual agreement with MyHSR Corp.

“Under the agreement, the affected land will be imposed with a condition to limit the depth based on the applicable land laws.

“During the construction period, MyHSR will look at the best option to assist the owners to vacate the land and any compensation will be offered based on the agreement by both parties,” said Mohd Nur Ismal.

Should the landowner decide to not enter into a mutual agreement, the government will need to acquire the land and any structures built on it plus pay compensation as per market value.

Can there be objections to the alignment?

Feedback or objections can be submitted to MyHSR at the public inspection booths. Some communities have already held dialogues with MyHSR officials following their objections.

Mohd Nur Ismal told Malaysiakini that the alignment is not final, and stakeholders still have time to provide feedback.

Those who wish to do so must act soon, as the two-month public inspection period will end on Jan 31, 2018.

Why is the track alignment not available online?

So far, the “Hawkeye” map available on HSR’s website is the closest thing to an online version of the alignment map, but it has very limited functionality.

Mohd Nur Ismal explained that the maps available at the inspection booths were not uploaded for public scrutiny because it was not finalised, and the plots earmarked for acquisition are still being studied.

He said it will only be finalised after taking into account feedback collected during the public inspection exercise.

The actual land acquisition process is scheduled to begin mid-2018.

Where are the public inspections booths? 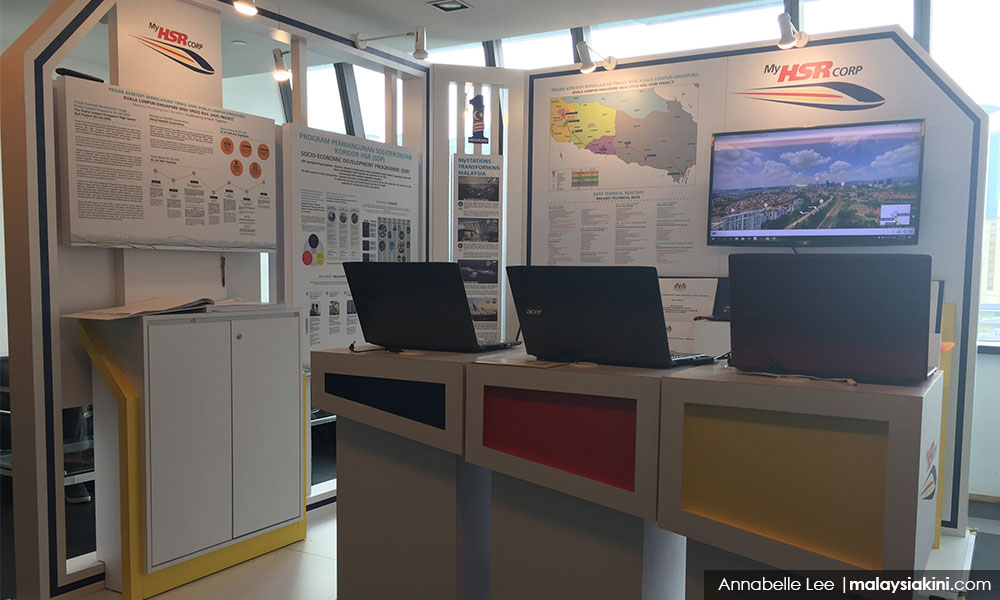 Several shopping centres and hypermarkets have been listed as locations for the public inspections, but these are subject to change, according to the MyHSR website.

Aside from the HSR alignment map, the booths display posters, photos and reference books containing a full list of land plots earmarked to be acquired for the project.