Attorney-general Mohamed Apandi Ali has disclosed that his “initial proposal” to the government on the Dangerous Drugs Act 1952 amendment was for judges to be given full discretion to decide on the death penalty.

Tabled last Thursday, the bill seeks to give courts the power to sentence drug traffickers to life in prison, instead of the mandatory death penalty.

However, a caveat that subjects judges’ decisions to input from the public prosecutor has led to the Bar Council to call for it to be withheld and re-amended to allow for “genuine” judicial discretion.

Apandi revealed to Malaysiakini today that his advice to the government on the law was for judges to be given full discretion.

“My initial proposal was to give discretion to judges, that is, to pass a death sentence or otherwise.

“That was my principal advice.

“The certification (by public prosecutors) is another policy matter by the Cabinet… I don’t have a say in it,” he said when met between meetings at the eighth Attorney-General’s Chambers meeting between Malaysia, Singapore and Brunei Darussalam in Putrajaya this morning.

Apandi previously told New Straits Times Online that it was him who first mooted the amendment to the Cabinet, with the reason being he had felt “uneasy” in passing death sentences to drug mules when he was still a judge.

When asked if the bill would hamper judicial discretion, Apandi said it “may” affect it.

“(But) they are now debating it (in Parliament) so the best person to ask is the minister tabling the bill,” he added. 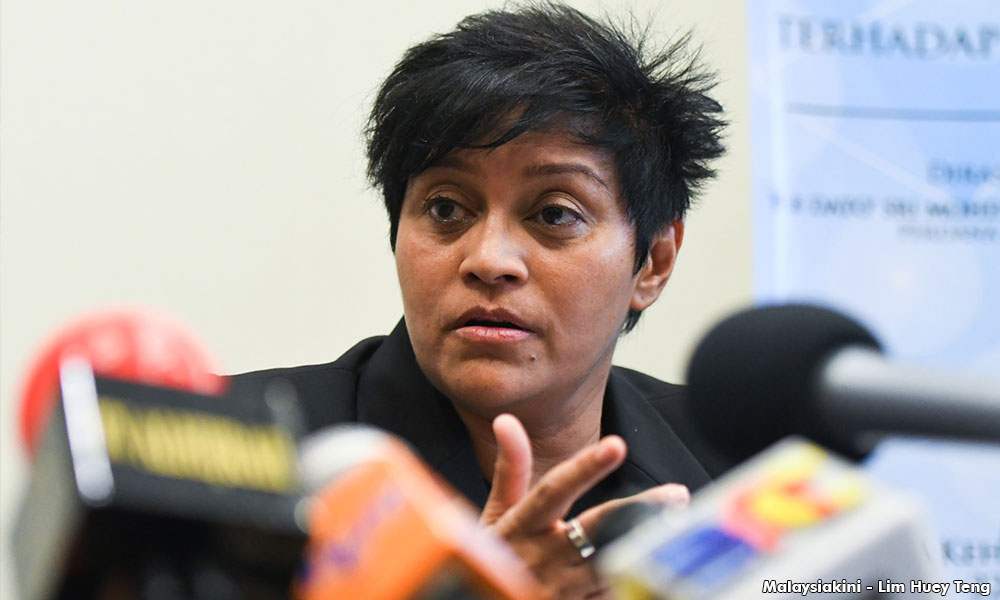 Later that day in Parliament, Minister in the Prime Minister’s Department Azalina Othman (photo) announced that the bill had been amended again to remove the requirement for judges to obtain a written certification from public prosecutors before deciding the death penalty.

This came after the Bar Council chairperson George Varughese criticised the requirement for limiting judicial discretion.

“If such certification is not forthcoming, it would mean that the judge would still have no discretion in sentencing.

“It is also disconcerting that the determination on whether the death penalty should be imposed rests upon the public prosecutor’s assessment of the convicted person’s ‘usefulness’ or utilitarian value.

“It suggests that a person’s right to life is not a fundamental right, but a privilege that can be revoked if the public prosecutor doesn’t issue the certificate,” he had said.

A public prosecutor has no power to decide on sentencing, only the power to institute or discontinue criminal proceedings, explained Varughese.

“The sentencing process is, and should always remain, within the sole realm of the judiciary,” he added.